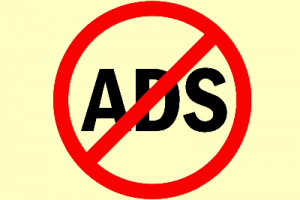 The Advertising Standards Authority (ASA) is well-known for banning many advertisements from the gambling industry. The Paddy Power platform has been the victim of many negative comments over its ads, and has subsequently had them banned by the authority, with the most recent occurring in June of 2022. And it seems like it is now the time of Rank and Coral to suffer at the hands of the ASA, with both having their recent adverts branded as “socially irresponsible”.

Social responsibility is something that gambling companies should be taking very seriously at the moment, especially with the Gambling Commission looking to regain a stronger level of control over the industry. And while it may take some time for the scene to become cohesive in the processes being utilised, the advertising sector should be something fairly simple to solve. Yet with the recent bans of ads from Coral and Rank, it looks like the operators are having a little more trouble than expected.

The Issues with the Rank Advert

The latest advertisement from the Rank Group came within its Lucky Night mobile casino app, and it was highlighting a slot game in Wolf Gold, released by Pragmatic Play in 2017. Doubtless, the game has achieved a certain level of success with players already, but Rank opted to advertise it even more. Within that advertisement, an image of a prize wheel featuring a wolf’s face and two women at the top of the page could be seen.

The advertisement came with the following text:

“Everyone wants to solve theirs [sic] financial problems. Click the download button right now and start to earn. In fact, it’s all very easy to do with our application. Play off loans, buy a car and a nice house and make a lot of money!”.

There was also an insight into the welcome bonus being provided at the bottom of the advertisement.

Of course, there are various problems with the advertising text from the get-go, considering that gambling should never be promoted as a way of solving financial woes. Yet it was the use of “start to earn” and “make a lot of money” that the ASA focused on. The utilisation of such language implied that the app would be able to provide a consistent income to anyone using it, and therefore offer financial security. Furthermore, Rank’s ad went on to imply that a player could afford expensive items by partaking in gambling, including houses and cars.

Rank Digital Gaming stated that its ad had been prepared by an affiliate organisation known as WakeApp. It was this company that had purchased in-app media on their behalf. According to Rank, they had not been involved in the creation or publication of the advertisement and weren’t aware of it until it was brought to the company’s attention via the complaint. It stated that it would not have approved the content if they had seen it before it was aired. It went on to say that it had taken issue over the matter with WakeApp, making it clear that the nature of the content was unacceptable. It has since terminated its contract with the affiliate.

In response, WakeApp explained to the ASA that the ad also did not align with their own internal policies. It accepted the fact that it had contravened the CAP Code, although did not give any sort of explanation regarding the process behind the ad’s creation.

The Issues with the Coral Advert 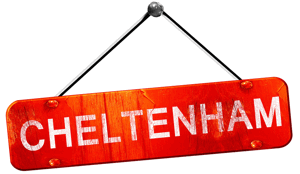 With regard to the Coral ad, this appeared on television in March of 2022, depicting a horse racing event occurring at Cheltenham. Within the advertisement, viewers can see cropped close-up shots of spectators being very much engrossed in the unfolding events on the track, cheering the horses along and waiting in anticipation for the finish. Additional shots included those of a lively commentator standing up from his seat, a man rushing through the gathered crowd, a starter shouting out commands and a jockey in the upright position after securing the victory.

As well as shouts from the crowd, the sound of hooves and some dramatic music, a voiceover in the ad exclaims: “Exciting, isn’t it? When your horse wins by a nose. But if that’s exciting, how about three furlongs ago? Look, look, any horse could win. How about now when your horse is under starters orders? How long have you waited for those gates to crash open? But that’s nothing. What about earlier still? Your horse is the only horse that matters. Coral. Get closer to the action”.

Two people had complained about the Coral ad, questioning whether it breached the Code by portraying, condoning or encouraging socially irresponsible gambling behaviour. After an investigation, the ASA concluded that it did indeed promote this in a number of ways. This included the Coral branding on the track, as well as in the crowd, and on the horses’ saddle cloths. The voiceover was also highlighted as an issue.

Coral’s response to the ruling was that their intention with the ad was to capture trackside excitement as well as the crowd atmosphere during racing events. It was intended to appeal to an adult audience of horse racing afficionados, while the soundtrack and visuals were designed so as to provide a cinematic effect. The company had also deliberately refrained from adding any depiction of betting into the ad or any mention of their available products. Coral believed that because the company’s own branding was the only element which could potentially be identified as a reference to betting and did not portray or encourage gambling at all, it was not socially irresponsible.

The BCAP Code states that ads should not portray, condone or encourage socially irresponsible gambling, or gambling that could lead to financial, social or emotional harm. And while the ASA acknowledged that the Coral ad did not depict or explicitly refer to betting within, the Coral banners on display around the racetrack and in the crowd meant that viewers could potentially interpret the ad as being one that promotes gambling.

Both this advertisement, and the aforementioned Rank Group ad, are now outrightly banned from ever being displayed again.