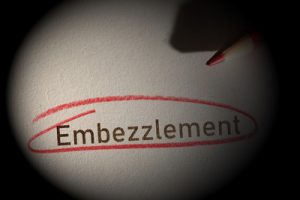 You would think that hearing about problematic people within the realms of religion is quite uncommon. The question of whether most religious people are god-fearing has been answered time and time again though, with the revelation of their illegal activities coming to light. And one of the more recent instances of this came about in the form of Martin Sargeant, a former operations manager for the Church of England (CoE).

Sargeant served in that role for the CoE in London for more than 10 years, entering into the position in 2009. But it didn’t take him long to begin committing crimes when he discovered a way of fleecing the church out of millions. The diocese of London revealed that the sum he had managed to pilfer from the church stood at around £5 million, which he managed to obtain via false representation and money laundering activities.

His criminal activity continued on until he retired from the position in 2019 and saw him frequently falsify documents to proceed with his embezzlement.

The fraud was only recently uncovered by the CoE, and this led to Sargeant’s arrest. He would appear in court on Friday, August 5 this year, charged with embezzlement.

How Did Sargeant Abuse His Position as Ops Manager? 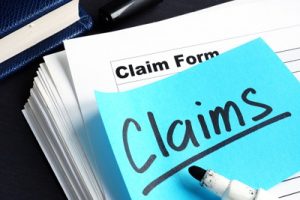 While serving as the operations manager for the CoE in his London diocese, Sargeant proceeded to approve government-led grant money to churches which needed restoring and other improvements made to them. Yet he had also allegedly began submitting false claims in the process, redirecting the money from those claims into his own bank account. At other times, he would even divert funds that were approved for legitimate claims as well.

The first process he undertook was to distribute the funds into different bank accounts held by the churches. From there, Sargeant would proceed to transfer the money into accounts under his own name. And it was this that later proved to be his undoing, serving as key evidence in court.

Gaining free access to that money, Sargeant began living a life of luxury, and as the time went by, it became even easier for him to continue embezzling the money. After all, the practice went on for 10 years before anyone even realised what had happened.

A statement was released by the Diocese of London on July 8 this year, which stated that the Metropolitan Police had confirmed that Martin Sargeant was charged with fraud and money laundering dating back to 2009 and onwards to 2019. Within that statement, it was revealed that an investigation was only instigated when a parish raised concerns over funds that it had not received.

Sargeant utilised the money he had acquired from his criminal activity to go gambling and finance his own luxury home life. From this, he enjoyed multiple trips to different destinations, with around 180 flights being taken by him in the course of his employment as ops manager. Once he retired, he obviously believed he had gotten away with his scheme, and for a couple of years more, he did. It seems as though his felonies caught up with him though, and the police took action.

The offender made his initial appearance in court last Friday, although he kept his mouth shut during the proceedings, only speaking so as to confirm his name, date of birth and his home address. He didn’t enter any sort of plea when he appeared in court, but there is a plethora of evidence mounted against him. In fact, his crimes were labelled as being so outstandingly bad that Westminster Magistrates’ Court, which is where Sargeant appeared on August 5, is unable to handle the case. Instead, it is being relocated to the Crown Court in Southwark.

The next date for that court case is on Friday, September 2. Until that time, 52-year-old Sargeant will have to stay at home and perhaps pray for some sort of divine intervention on his behalf!

Rt. Rev. Sarah Mullally, who became the new bishop of London in 2019, said that The London Diocese had worked “tirelessly” alongside the police over the past year. “This appears to be a gross betrayal of trust for all those who knew and worked with this individual”, she continued. “He exploited his position for personal gain”, she alleged.

There is more to the case than meets the eye initially as well. Last week, a report was released on the suicide of a priest from within the diocese, Father Alan Griffin. His death came about following unsubstantiated allegations of child abuse lobbied at him, and the CoE expressed its “deep regret and sorrow” over his passing, taking responsibility for failing him. Within that report, a reference was made to Sargeant.

It was said that in February of 2019, Sargeant met with senior colleagues to download his “corporate memory” before he retired from his post as operations manager. This included a massive offloading of information that related to safeguarding concerns from the past 22 years of the diocese. During a series of meetings, the former ops manager gave details on 42 specific individuals from within the CoE, including Father Griffin.

Within those concerns, Sargeant suggested that Griffin had used the services of what he described as “rent boys”. No evidence was ever submitted to substantiate those claims, but a year-long investigation was carried out by the diocese of London and the Roman Catholic Church. Through this, confidential information regarding Griffin’s HIV status was also passed on, without seeking his consent beforehand.

Griffin would take his own life in 2020, unable to handle the distressing allegations directed at him in his role. While morally, Sargeant has a lot to feel guilty about in that case, legally he also needs to feel guilty over the embezzlement claims laid against him. If the charges mounting against him lead to a sentencing, Sargeant could receive up to 10 years imprisonment under the Fraud Act.