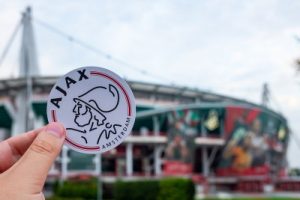 The tightening market in the UK is, however, a benefit to clubs abroad who now are much more attractive to betting companies.  Ajax are a great example. The Eredivisie club from Amsterdam entered into a multi-year sponsorship deal with the Unibet brand, whose parent company Kindred was recently provided with an official licence from Kansspelautoriteit (KSA) to provide betting and gambling products to the Netherlands.

Yet, drawing similarities with the UK, the sponsorship deal hasn’t particularly been met with overwhelming praise from some people. Both the Dutch parliament and addiction experts have warned that these deals and other things factor into habitual and highly addictive gambling activity. The cabinet in the Netherlands has been pressed to tighten up its rules surrounding online gambling websites, despite the fact that it was only made legal to engage in such less than one year ago.

This seemingly hasn’t stopped Ajax and Unibet from coming to terms on a sponsorship deal, though. Both parties said on Wednesday, June 22, that they have the intention of working together on various ‘social projects’. Through their unison, a prime focus will be placed on mental health, as well as responsible gambling practices and the prevention of match-fixing. Neither company offered up financial details of the sponsorship deal that they have entered into together, although it is said to be in the region of between €2 million and €3 million.

Ajax Falls in Line with Other Eredivisie Clubs 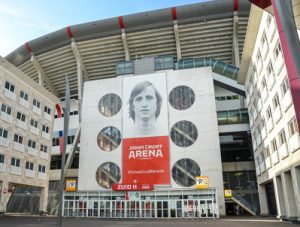 The Eredivisie – the top football league of the Netherlands – is no stranger to such deals taking place. In fact, most of the Dutch teams within that league have secured themselves sponsorship deals with gambling brands, at least to some extent. As it happens, 10 of those teams are linked to TOTO.

Noted in November of 2021 – just one month after the Dutch online gambling regulations were brought into effect – the Dutch Lottery, which is the company behind TOTO, was said to have entered into collaborative deals with football teams including PSV, Feyenoord, Sparta Rotterdam, FC Groningen, FC Twente and RKC Waalwijk, amongst others. Additionally, TOTO acts as the sponsor of the KNVB Cup, which also bears the brand’s name. Therefore, it could be said that the Dutch Lottery has quite a good grip on the football world of the Netherlands. Of course, it has also expanded its sponsorship to other sports, like the country’s darts team.

Holland Casino has also found itself entering the Dutch market, signing into sponsorship deals of its own. This sees it unite with not only the Eredivisie, but the Keuken Kampioen Division as well as ESPN. These deals are said to be worth around €2 million. Previously, Holland Casino operated as a partner of the Formula 1 Heineken Dutch Grand Prix.

BetCity also announced a partnership with Vitesse in January of 2021. Initially, the brand committed itself to the Arnhem team, serving as a non-exclusive betting partner. However, from the 2022/23 season, it will serve primarily as the back sponsor for Vitesse, while being the main sponsor of FC Volendam for that same season. The club was recently promoted to the Eredivisie, and was previously sponsored by Fortuna Sittard.

With the deal between Ajax and Unibet coming to light, it seems as though the last of the top three Eredivisie teams (along with PSV and Feyenoord) has taken the plunge and fallen in line with its competition.

Action to Be Taken Against Shirt Sponsorship? 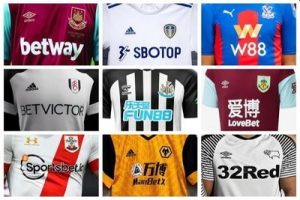 While the Netherlands seems to be very much fixed in its decision to allow gambling companies to sponsor football teams, as well as other sports clubs, the United Kingdom could be having an overhaul on such rules. A proposal to outlaw the rules that allow such agreements to take place was reported to be a part of the UK government’s draft white paper of the new gambling laws. According to the BBC, Premier League clubs could end up having to seek out alternatives to gambling companies for their sponsors.

As things stand at the moment, half of the 20 teams in the Premier League have the logos of betting companies emblazoned on their shirts. And while campaigners welcomed the idea of bans on Premier League clubs not being able to enter sponsorship deals with gambling brands, they also noted that it should really apply to all English Football League divisions, as well as other sports.

That thought was brought about when, in 2020, a committee in the House of Lords said that Championship clubs should be given time to phase out their gambling sponsorship deals. Premier League clubs, on the other hand, would have to find alternatives immediately, in this instance.

According to the BBC, new legislation surrounding the ban on these sponsorship deals in the UK could be brought into effect as early as the 2023/24 season, and this would give enough time to clubs to start negotiating alternative deals. It stands out even more when you consider that the betting shirt sponsorship deals in the UK were worth a combined £100 million during the 2021/22 season.

While curbs on the UK’s gambling market are very much expected to be introduced in due course, nothing of the like has been discussed by the Dutch gambling industry. Then again, this has only been active in an online way since October of 2021, so there has been very little cause for concern in this area so far. But if it heads in the same direction as the United Kingdom in terms of problem gambling numbers, it could very well be looked into at some point.