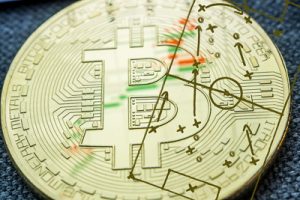 The sports betting world, and indeed the overall gambling industry in the United Kingdom, is currently awaiting details of a white paper being published by the Government surrounding potential law changes for the sector. It was announced in December 2020 that the UK Government was looking for terms of reference and call for evidence relating to the Gambling Act 2005 and its overhaul. One year prior, a commitment was made to review that act so as to ensure that it fits in with the modern, digital age of today, considering how much things have changed since it was first introduced.

The primary focus of the overhaul was to ensure that the gambling industry protects children and vulnerable people within the country’s fair and open gambling economy and keep it crime-free. And it is due to this that several areas are rumoured to have been targeted, although until the white paper is published – something which has been delayed for several months now and is currently expected in May of this year – nothing is certain.

However, one change that is definitely expected to be a part of the white paper is for gambling companies to be banned from sponsoring football teams, events and other sports. What sort of adjustments will these clubs need to make to proceed in such a high-profile state as they currently are? Perhaps cryptocurrencies are the way forward? 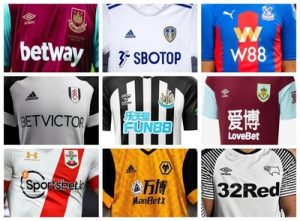 While no decisions have been taken as to whether sports betting and other gambling brands can continue sponsoring football teams and other sports clubs, it is more than likely that this will be the outcome. Prime Minister Boris Johnson has voiced his support for the ban, and once the white paper is published, nobody is likely to be surprised to see such included in it.

Where do the teams go from here once the sponsorship period is up? Well, Liverpool is considering a cryptocurrency shirt sponsor for the future. The team is currently sponsored by Standard Chartered, a financial services company based in London. And even its precious sponsors have not been anything to do with the gambling scene – Hitachi, Crown Paints, Candy and Carlsberg. However, it could be looking at entering into uncharted territory with the next potential sponsor in mind.

The club has been in talks over a new kit sponsorship deal, due to the fact that the £40 million-a-year contract with Standard Chartered is set to expire in May 2023. While certain discussions have taken place over extending that same sponsorship deal, Liverpool has also been talking to alternative firms, including those from the electronics, media and tourism sectors. Yet it also stands out that the club has been in talks with a crypto exchange firm and a blockchain platform.

This is not specifically something new in the football world. Many big-name teams have signed into deals with cryptocurrency firms within the past few years. Of course, if Liverpool were to sign a deal with a crypto brand, then it would serve as a first for the Premier League. And there is little doubt that such a deal would end up being a controversial move for Liverpool. But the team needs to compete financially with other elite clubs from the league, so it could also be deemed a smart way to go.

Liverpool has been sponsored by Standard Chartered since the 2010/11 season, with only its deal with Carlsberg lasting longer than this. Now the club is looking to seal a deal that will bring in around £70 million over a two-year period. The question is would a cryptocurrency firm be able to provide such a deal to the top-tier club? 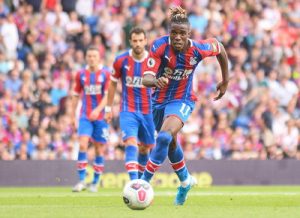 The cryptocurrency scene is already active within the football world in one way. Six of the Premier League’s clubs in Arsenal, Aston Villa, Crystal Palace, Everton, Leeds United and Manchester City, have deals in place with crypto sponsor Socios. This company sells what are deemed as “fan engagement tokens”, although it does not serve as the main shirt sponsor of any of those teams. Crystal Palace fans have been quite vocal about their dislike of the Socios deal though, labelling the company and its employees “parasites” via a banner held up at Selhurst Park.

It is likely that any type of crypto deal formed by any of the Premier League clubs would prove controversial in some way. Cryptocurrencies are unregulated across the world, and so is the blockchain that they operate through. Whatever the case may be, Jurgen Klopp and the Liverpool side are aiming to secure an agreement within the next eight weeks, so time is of the essence.

Liverpool has not yet consulted its fans on the prospect of the club being sponsored by a cryptocurrency firm, according to reports. Such consultations did happen when the club launched various NFTs in March, with around 171,000 of these digital artworks being put up for sale of Klopp and his players in various guises and stances. The sale of these NFTs delivered a total of £1.125 million in revenue to the club, despite the fact that about 95% of the collection went unsold. A portion of the proceeds (£281,374.98 altogether) and any future resale royalties were also donated to the LFC Foundation, which is the team’s official charity dedicated to children.

It is not just clubs either that are linking up with crypto currency platforms.  Recently it was announced that crypto.com would become one of the main sponsors for the 2022 World Cup in Qatar, despite it not actually being legal in Qatar and many other countries. 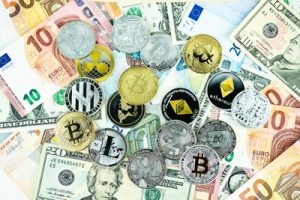 It stands to reason that teams like Liverpool would be looking at alternatives to gambling for sponsorship in the future. Especially those teams that are already in deals with gambling brands for their shirts. But could cryptocurrency actually serve as a legitimate replacement for those gambling companies?

Well, it’s a difficult question really, because in a way, cryptocurrency trading and associated activities are a kind of gambling in themselves. Because of this, it could well be that the firms providing crypto are banned alongside the gambling companies once the white paper is published.

At the same time, due to the fact that cryptos are largely unregulated around the world, could it be said that the gambling sponsorships would likely just be replaced by something that is equally, if not more dangerous, than its predecessor? With less control over the volatility of cryptocurrencies, it could lead to clubs and their revenue being questionable going forward with such deals.

In early 2022, The Guardian reported on football clubs looking to take advantage of their fans by mining their cash with crypto offerings. In the 2021 Spanish Super Cup final, FC Barcelona were looking to secure both the trophy itself and its own cryptocurrency. Socios, that web-based platform pioneering fan tokens that was mentioned earlier, had promised that it would “burn” 20,000 tokens every time Barcelona scored a goal. And if the team were successful in securing the cup, a further 40,000 would be burned. This led to many of the club’s fans keeping a close eye on the market for the FCBs (FC Barcelona’s cryptocurrency). Generally speaking, this meant that any success that the team experienced on the pitch would increase the rarity of the cryptocurrency, thereby boosting its value at the same time.

Yet even in practice, if Barcelona lost the game, it wouldn’t have made all that much difference. 3.5 million FCBs were in circulation, with millions more being retained by the club itself for future issuance, meaning that a few thousand of them being burned wouldn’t have had such a huge effect on the value needle.

However, it did make something else stand out – the affair going on between football and cryptocurrency. That unison holds quite the promise of new streams of revenue for the future. The football scene is flooded with cash, but it always wants more, and this partnership could very well mark a route for it to take to get it. AC Milan launched its own token in early 2021, and this raised £4.4 million in just under an hour – roughly about 12% of the value of the club’s most prolific signing, Leonardo Bonucci.

Cryptocurrencies being so volatile and unregulated does make it difficult to know exactly how much the clubs are making from it, though. While Socios did state that it had sold $300 million (£242.5 million) worth of fan tokens in 2021, there was no information given as to the amount of that figure going to the clubs it had partnered up with.

Football finance expert Kieran Maguire casts quite a sceptical tone on the cryptocurrency sector being involved with football, though. He said, “Lots of fans love crypto and in its purest form it’s great. Banks have been overcharging people for years in terms of transaction fees and if crypto can reduce those fees that’s fantastic. The problem is when unscrupulous traders, particularly via social media, seek to exploit fans who think a token is a serious investment product, rather than a glorified collectible. It’s unregulated, it’s volatile and it’s subject to manipulation by people who own large amounts of the asset”.

Other Cryptocurrency Deals Within the Sports World 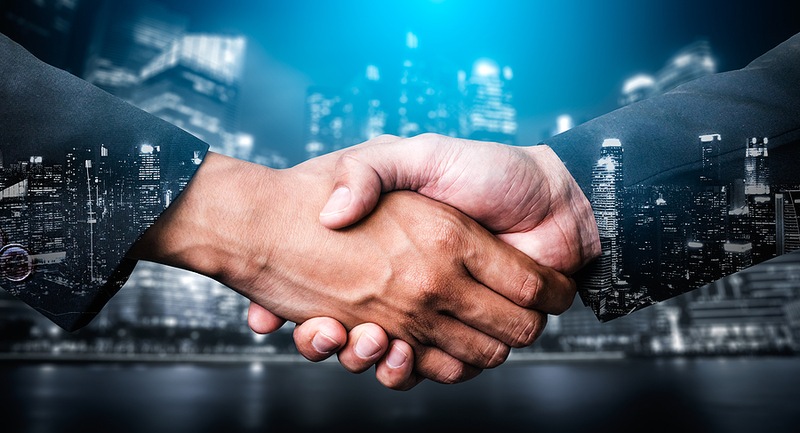 The cryptocurrency industry has been involving itself in the sports sector for quite a few years now though, with various deals having taken place. Back in 2014, the first official crypto sponsorship deal was signed, and this took place between Bitpay and ESPN. That deal saw the former sponsor ESPN events, with the St. Petersburg Bowl (which is an annual postseason college football game in the United States) being the next deal for Bitpay. And while Bitpay was not the name involved in the sponsorship, the company paid to promote Bitcoin itself, which meant that the event became known as the Bitcoin St. Petersburg Bowl.

In February of 2020, TIXnGO partnered up with the Lancashire Cricket Club. Through that deal, a new blockchain mobile tickets platform was created. It enabled activated secure mobile tickets to be generated for all domestic and international fixtures at Emirates Old Trafford in 2020, working with SecuTix on it. This unison came about with the idea in mind of creating a unique encrypted ticket for smartphones, and this would be fully traceable, removing the risk of counterfeit tickets being utilised.

Formula 1 has also been involved in the cryptocurrency world, when in June of 2021 it was announced that it was linking up with the exchange Crypto.com. It was said that the deal was worth around $100 million (£80.8 million), and it gave Crypto.com top billing at the new sprint qualifying rounds of the British Grand Prix. At the same time, trackside billboards remained in place for the exchange throughout the remaining rounds of 2021’s season. Not only that, but in March of the same year, Aston Martin Cognizant Formula One was the first team to partner with a cryptocurrency firm.

You can also look at the world of combat sports for deals with cryptocurrency. The previously mentioned Crypto.com linked up with UFC in June 2021, being the firm’s global fight kit partner. This partnership is said to be the largest sponsorship deal in the history of UFC.

Finally, despite how volatile and unregulated the crypto world is, it didn’t stop the Major League Baseball (MLB) scene from getting involved in it. Also in June of 2021, it entered into a long-term, massive deal with FTX – a crypto exchange valued at around $18 billion (£14.5 billion). FTX has committed millions of dollars each year to sports sponsorship, bringing in popular Tampa Bay Buccaneers quarterback Tom Brady and his wife as both ambassadors and advisors.