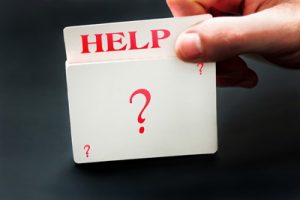 Unless you’ve been living under a rock, you’ll no doubt have noticed that there are things going on in the political landscape of the United Kingdom. As Brexit continues to cause untold damage to the country’s economy and nearly 200,000 people have died as a result of the appalling handling of Covid-19 by the British government, those in the spotlight inform us that Boris Johnson got ‘all of the big decisions right’. Other than buying the most expensive wallpaper he could find and appointing as many sexual predators as possible to positions of power, it isn’t clear what these ‘big decisions’ actually are.

Regardless, members of the Conservative Party have decided that enough is enough and that it is now time to get Johnson to stand down as the Prime Minister, which he’s confirmed that he’ll do as soon as possible, in about three months’ time. Those of us with an interest in the gambling industry are left wondering what, if anything, will happen to the gambling review during a time when no one seems to want to much of anything other than hand in resignations or sexually assault people. The review of the gambling industry might well now be on the bottom of everyone’s pile.

What We Know About The Review

On the eighth of December 2020, the United Kingdom Gambling Commission published a piece in which they said that the Culture Secretary had launched a ‘major and wide-ranging’ review of the country’s gambling laws. The point of the review, it said, was the ensure that the Gambling Act of 2005 was ‘fit for the digital age’. Certain things would happen almost immediately, such as the legal minimum age to buy a National Lottery ticket being raised to 18, whilst others would take time to be implemented after review.

The likes of the stake limits for online games were going to be looked at, as was the Gambling Commission’s role and the powers that it has. It was all to be evidence-based, taking in the views of customers and operators in order to ensure as fair and balanced a review as possible. The then-Culture Secretary, Oliver Dowden, said,

“This comprehensive review will ensure we are tackling problem gambling in all its forms to protect children and vulnerable people. It will also help those who enjoy placing a bet to do so safely.”

In February of 2022, the Guardian printed a piece that said that the government’s gaming review wasn’t expected to be released until May, despite already being delayed several times. They mentioned a Labour MP saying that Tory Party mayhem couldn’t be allowed to disrupt the process, yet May came and went without any further news about the review’s publication. This was in spite of the fact that campaigners such as Liz Ritchie, who founded Gambling With Lives with her husband Charles after their son Jack committed suicide, said,

“Someone takes their life every day in the UK because of gambling, so we simply cannot wait until May to see this white paper.”

Not that Boris Johnson has been all that bothered about people dying, as his handling of the pandemic showed only too well. The fact that MPs had to write to him at the start of July to complain about the fact that some of his policy advisors had ties to the gambling industry perhaps indicates exactly why it is that critics are concerned that the white paper might well be watered down. On top of that, industry figures spent as much as £280,000 on Members of Parliament in the run-up to the overhaul of any gambling laws.

When Will It Be Published? 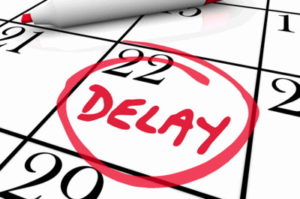 In the aforementioned Guardian piece, the writer, Rob Davies, makes mention of the fact that the governments review was expected to be published the following week. That would take us to mid-July, with the Department for Digital, Culture, Media and Sport having already drafted some proposed reforms. Ultimately, though, Number 10 will have the final say of the likes of betting logos being banned from football shirts or a decision to introduce a mandatory levy in order to fund research into gambling addiction, treatment and education.

With Johnson being tied up in trying to keep his own job and now having to make changes to his plans to have a wedding celebration in Checkers after complaints, it is unlikely he’ll be focussing too much on the gambling industry. As the country is plunged further into a cost of living crisis, the Prime Minister is gambling with the lives of millions who will enter poverty this winter, but will almost certainly continue to turn a blind eye. There is little doubt that his government has been crippled by internal Tory Party squabbling, but can the gambling review emerged unscathed?

There is cross-party support for the gambling review, with Iain Duncan Smith being a particular advocate for tougher changes. The former Tory leader is one of the names attached to the letter sent to Downing Street that has asked for more clarity on how many people within the building have interests in the gambling industry, for example. It means that, regardless of how little work a lame duck government is going to be able to get done, there isn’t really an excuse for the review of the Gambling Act to be stuck without any real movement.

There are things that are happening in the meantime, of course. The Gambling Commission began to lay down tougher rules for the companies that offer their services to British consumers. Instead of being relatively reactive to the manner in which bookmakers and casinos protect their customers, the UKGC started to take a more active role in protecting the most vulnerable. Andrew Rhodes, the new Chief Executive of the regulator, said,

“These new rules, developed following an extensive consultation, make our expectations even more explicit. We expect operators to identify and tackle gambling harms with fast, proportionate and effective action.”