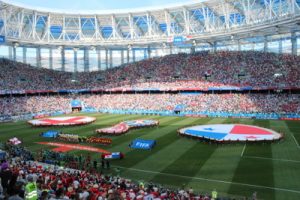 There has been a large focus placed on Russia recently, and the publicity that the country has received has all been negative. Following Russia’s invasion of neighbouring Ukraine, President Vladimir Putin has been condemned by the United Nations, and sanctions have been implemented against the country and various billionaires. And as the war rages on in Ukraine, with people fighting back to defend against the Russian advance, something even more bizarre has taken place. Russia is set to compete for a chance to host the European Championship in 2028 or 2032!

The country is among the candidates hoping to play host to the tournament in the future, despite the fact that it has been banned from competing in international sporting events following its invasion into Ukraine. Yet once the deadline to declare an interest in hosting the event passed on Wednesday, March 23, the Union of European Football Associations (UEFA), stated that Russia had indeed expressed its intent to submit a bid.

The Euro 2028 event is set to be bid on by both Russia and Turkey, with a joint venture by the United Kingdom and Republic of Ireland also being in place. It didn’t stop there though, as Russia and Turkey both expressed an interest in hosting the 2032 edition of the tournament, with Italy declaring itself interested in that year, too. The host nations for both of those European Championship tournaments will be announced by UEFA in September of 2023.

It wouldn’t be the first time that Russia has hosted a large-scale football tournament, either. It was the location of 2018’s World Cup, despite the fact that bribery and other controversy arose over this outcome, and St Petersburg was one of the locations for the delayed Euro 2020 tournament, too. That same location in Russia was supposed to host the UEFA Champions League final taking place in May this year, but upon Putin’s invasion of Ukraine, it was stripped of the possibility.

Is the country’s bid to host the future European Championships a joke or is it truly something that should be taken seriously?

Issues with Russia in the Past, Present and Future

The 2018 World Cup may have been hosted in Russia in the end, but it wasn’t without enormous controversy surrounding the voting process to determine such. It was in 2010 that FIFA considered bids from various countries to host the 2018 and 2022 World Cup tournaments. In the end, Russia claimed the 2018 event, and Qatar picked up the 2022 tournament (which has not been without its own controversy in various areas).

Yet prior to the 2018 Russian event taking place, it emerged that vote tampering and bribery of FIFA executives responsible for deciding upon the host countries, may have had something to do with both Russia’s and Qatar’s acquisition of the events. According to some, FIFA officials were on the receiving end of numerous bribes to vote for Russia and Qatar to be able to host the World Cups, with former Executive Committee member Jack Warner allegedly receiving $5 million (£3.8 million) in exchange for his support of the Russian bid. Yet the event went ahead in Russia, and the 2022 tournament will still take place in Qatar (albeit at a later time of November and December due to sweltering summer temperatures within the country).

At current, Russia is completely mired in controversy due to the invasion and constant bombing and shelling of Ukrainian cities and towns. As a result of Putin’s actions, Russia was eliminated from even being able to qualify for this year’s World Cup event by both UEFA and FIFA. It remains expelled from all international competitions “until further notice”. That ban was upheld in mid-March by the Court of Arbitration for Sport, and this affects the women’s football team from Russia, which has been booted out of the European Championship taking place in England in July.

Despite the issues regarding Russia at the moment, a spokesperson for the football governing body of Europe said that the Russian Football Union (RFU) has not been excluded in itself. This means that UEFA will look at the legal and factual sides of things during meetings scheduled for April and May. This will see it consider the interest expressed by Russia to host the European Championships.

Of course, should Russia be successful in one of those bids to host the tournament, it will likely spark a huge backlash against UEFA, FIFA and other football bodies. Future issues where Russia is concerned will likely need to be looked at carefully.

How Are European Championship Hosts Selected? 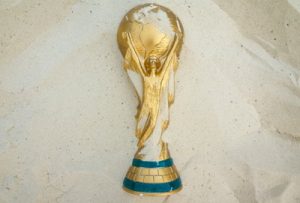 In history, the European Championship has always been hosted by one or two countries. Essentially, various European countries submit bids to host tournaments, and if they are chosen to host, then the country team automatically qualifies for it, too.

The Executive Committee of UEFA then reviews each of the bids that have been submitted and elect a host nation for each upcoming tournament. France won that bidding process to host the 2016 edition, while Poland and Ukraine won it for the 2012 tournament. This has been the same process for the past 60 years of the tournament taking place, but UEFA decided to change things up for the Euro 2020 event. In that particular year, it was hosted by 12 different countries all across Europe to mark the 60th anniversary of the European Championship. Therefore, matches were held in locations like Azerbaijan, England, Italy, Germany, the Netherlands, Denmark, Spain and so on.

Yet the previous process of selecting a host country was reintroduced to determine the location for Euro 2024. The Executive Committee voted in what is supposed to be a secret ballot, with Germany coming out as the winner, receiving 12 votes from the 17 participating members (two of the 20 executives were ineligible to vote and one was absent from the vote). A single member of the committee abstained from voting while the remaining four votes went to Turkey.