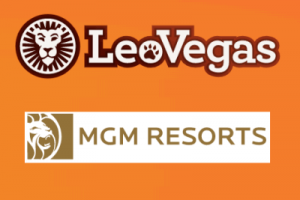 MGM Resort International and LeoVegas have reached a deal on the sale of the latter. In an announcement, MGM said that LeoVegas shareholders have accepted its public tender offer. A total of 96% of those shareholders agreed to sell at a price of SEK 61.00 per share. That equates to roughly £4.90 each. All the shares combined will cost around £523 million. What’s more, the deal is set to go through very soon – September 7. And this marks yet another massive takeover to complete in recent times.

Creating the deal back in May of this year, MGM will pay cash for the shares. And this helped it receive unanimous backing from LeoVegas shareholders. MGM has already acquired the necessary governmental approvals. In doing so, there is nothing holding the agreement back from going through. The offer laid out by MGM Resorts stood at 44.1% higher than the closing price of LeoVegas in May. At the time, its shares were being traded at SEK 42.32 (£3.40). Thus, something so much more than their trading price was bound to catch the eye of shareholders.

“The completion of this transaction represents a major milestone for MGM Resorts…”, said CEO & President, Bill Hornbuckle. “We look forward to welcoming the LeoVegas team and are excited to begin working with them”. He noted that this decision came about so that MGM can expand its global digital gaming business. The company also wants to maximise the reach of its omnichannel strategy.

In response to the takeover, CEO of LeoVegas Group, Gustaf Hagman said: “Joining forces with MGM Resorts is a major win for LeoVegas. “We’re excited to begin working with our new teammates to build upon the work we’ve done over the last 10 years.”

The LeoVegas brand launched back in 2011. Hagman and his business partner Robin Ramm-Ericson conjured up the company. Today it holds licences from nine separate jurisdictions. The primary focus for the company was the Nordic countries. But it soon expanded to cover a lot more ground in Europe.

This led to it becoming one of the largest and well-known brands in the industry. So far in 2022, it has generated a total of £342 million in revenue. In adjusted EBITDA, that equates to £39.9 million. LeoVegas maintains its headquarters in Stockholm, Sweden. And it also has major offices in the United Kingdom, Malta and Italy.

MGM Resorts has stated that the acquisition of LeoVegas gives it an opportunity to expand. It will do this through a scaled global gaming business. And this is set to feature some interesting attributes. Those features include:

Strategic opportunities to accelerate growth and product offerings. The strong customer base of the LeoVegas casino and sportsbook will help MGM to expand outside of the United States. This will bring MGM much more of a presence globally.Experienced online gaming management team and superior technology capabilities. The management team at LeoVegas is more than capable of developing robust and scalable technology. This incorporates advanced product offerings to cater to all.Commitment to continued profitable growth. As a high-growth platform, LeoVegas has operated in profit consistently since 2014. Between 2017 and 2021, the compounded annual growth rate of its revenues lingered around 16%. The introduction of the MGM Resorts scale, brands and expertise will allow for even further expansion. Uniting the two companies will place a focus on existing gaming areas. Meanwhile, incremental opportunities will arise for the entry into new sectors.

On September 1, 2022, LeoVegas said it was going to apply for a de-listing of its shares. This comes about in preparation for the takeover by MGM. Its last day of trading on the Nasdaq stock exchange will be announced soon.

LeoVegas and MGM in Profit but Penalties Linger 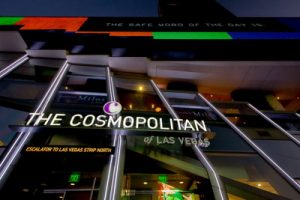 While LeoVegas has consistently reported profit via its online sites, so too has MGM Resorts. Last month, it reported a 56.3% year-on-year rise in revenue for the first half of 2022. This came about after it acquired the Cosmopolitan and Aria resorts in Las Vegas.

The acquisition of the Cosmopolitan, priced at $1.63 billion (£1.38 billion), only completed in the middle of May. Yet MGM said it had had a massive impact on its performance for the first half of the year. The Aria had also been brought up as a reason for its rise in revenue. That resort was acquired in September of 2021, alongside the Vdara hotel and Veer Towers.

At the end of the first half of 2022, MGM agreed to sell its operations of the Gold Strike Tunica casino. Located in Mississippi, the casino is to be sold to Cherokee Nation Entertainment Gaming Holdings. The agreed upon price for the establishment was $450 million (£389 million).

And while both of these mammoth companies have experienced a fantastic level of growth, it hasn’t all been plain sailing. At the beginning of August 2022, LeoVegas was hit with a large fine from the United Kingdom Gambling Commission. The £1.32 million penalty was imposed on the operator for failings on social responsibility and anti-money laundering. An official warning was also handed out to the brand. A variety of failings were highlighted within those two areas, following an investigation by the UK regulatory body.

Prior to this, it was penalised in May of 2018 for misleading advertising and the handling of customers once their self-exclusion periods had ended. This time a £600,000 fine was handed over to the company. A report by the Commission revealed that LeoVegas was responsible for 41 misleading adverts. Additionally, it failed to return funds to 11,205 customers who had chosen to self-exclude and then close their accounts.

Yet this seems to be of little consequence to MGM Resorts. Hornbuckle commented further on the acquisition, “We are interested and want the rest of the world. LeoVegas has a talented management team, a cloud and mobile-based technology platform and an appreciable growth plan”. This is something that he said MGM would execute on the way to developing its digital gaming presence within Europe.

In stark comparison to its European expansion and U.S. status, MGM China hasn’t been quite as fortunate. Revenue for the brand fell by 54% as a result of various venue closures in Macau. That remains the case due to local COVID-19 protocol. It also noted a loss of $55.6 million from businesses where it does not hold a controlling stake. The BetMGM venture alongside Entain was highlighted as one such case, which lost $71.2 million net.